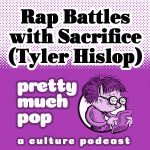 Mark, Erica, and Brian are rejoined by our audio editor Tyler to discuss a form of entertainment close to his heart: Priming the rhymes to deliver the crimes: an attack on the character, caring not what-you-wear, anywhere, hug-a-bear... man, battle rap is difficult! So what are the rules? How does modern battle rap compare to free-styling and the beefs aired on rap albums … END_OF_DOCUMENT_TOKEN_TO_BE_REPLACED 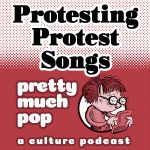 Are protest songs effective, either as protest or songs? Four songwriters including your host Mark Linsenmayer, Lilli Lewis, Rod Picott, and PMP's audio engineer Tyler Hislop discuss how protest works in various musical genres, who it's aimed at, and when it goes wrong. Has the day of the protest song passed, or is it alive and well? Rod mentions how Bruce Springsteen … END_OF_DOCUMENT_TOKEN_TO_BE_REPLACED

Supergiant's Hades is now the first video game ever to have won a Hugo award (i.e. sci-fi/fantasy fiction) and has set a new standard in the Roguelike genre, which features relatively short "runs" through a randomly-generated dungeon (or some equivalent) with perma-death, i.e. you die, you go back to the beginning. Generally, these games are very hard. Your host Mark is … END_OF_DOCUMENT_TOKEN_TO_BE_REPLACED 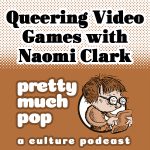 While LGBTQ+ representation in video games has been improving (as with other media), Naomi Clark (who designed games for LEGO, Gamelab, Fresh Planet, Rebel Monkey, et al) has something more disruptive in mind when arguing for game "queerification." The prototypical video game includes a more-or-less linear progression through a pre-defined story to a defined win condition, and … END_OF_DOCUMENT_TOKEN_TO_BE_REPLACED 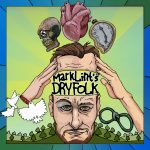 Join the office Christmas party at the PEL network. The hired band is Mark Lint’s Dry Folk, playing their entire album, and the guests are considerate enough to only talk between the songs. BYOB! Mark holds mini conversations on philosophy, art, and life with all the PEL and PMP co-hosts, plus special guests Ken Stringfellow (a guy who played with REM … END_OF_DOCUMENT_TOKEN_TO_BE_REPLACED 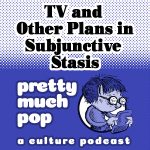 You've planned and planned for your big event, and WHAM, the plague hits and you're frittering away your day worrying and watching TV. Our plans for this episode were postponed when virus-related matters caused our intended academic guest to be occupied by the frantic creation of online coursework and so cancel on us. So we did as we so often do, talking about possibilities … END_OF_DOCUMENT_TOKEN_TO_BE_REPLACED 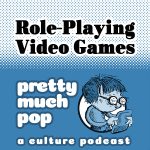 What constitutes a video RPG? Is there any actual role-playing involved?  Our editor Tyler Hislop rejoins Mark, Erica, and Brian to discuss those video games that are supposed to make you feel like you're contributing to the story, that your choices matter, in which you can maybe, you know, choose to wear a funny hat or just craft potions all day instead of advancing … END_OF_DOCUMENT_TOKEN_TO_BE_REPLACED

What is pop culture? Does it make sense to distinguish it from high culture, or can something be both? Meet Mark, Erica, and Brian in this first attempt at a conversation together, featuring a special appearance by our editor Tyler. We touch on opera, The Beatles, Fortnite, 50 Shades of Grey, reality TV, and more. Some of the articles we bring up in our discussion … END_OF_DOCUMENT_TOKEN_TO_BE_REPLACED