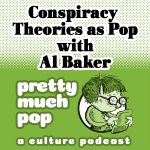 Al is a British ex-philosopher who now works for a company called Logically that fights misinformation. He joins Mark, Erica, and Brian to try to figure out such questions as: What's the appeal of conspiracy theories? How similar is being consumed them to being a die-hard fan of some pop culture property? What's the relation between pernicious conspiracy theories and fun … END_OF_DOCUMENT_TOKEN_TO_BE_REPLACED 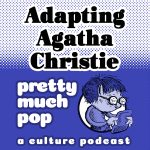 In light of Death on the Nile, we discuss the continuing appearance of the works of the world's most successful mystery writer in film and TV.  Mark is joined by repeat guests Sarahlyn Bruck, Al Baker, and Nicole Pometti to discuss the recent Kenneth Branagh films, the Sarah Phelps TV adaptations (like The ABC Murders), the Poirot BBC TV series, and earlier films. We … END_OF_DOCUMENT_TOKEN_TO_BE_REPLACED 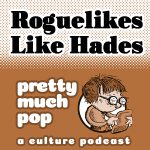 Supergiant's Hades is now the first video game ever to have won a Hugo award (i.e. sci-fi/fantasy fiction) and has set a new standard in the Roguelike genre, which features relatively short "runs" through a randomly-generated dungeon (or some equivalent) with perma-death, i.e. you die, you go back to the beginning. Generally, these games are very hard. Your host Mark is … END_OF_DOCUMENT_TOKEN_TO_BE_REPLACED 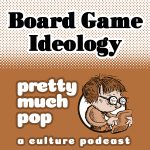 As board games are becoming increasingly popular with adults, we ask: What's the relationship between a board game's mechanics and its narrative? Does the "message" of a board game matter? Mark is joined by game designer Tommy Maranges, educator Michelle Parrinello-Cason, and ex-philosopher Al Baker to talk about re-skinning games, designing player experiences, play styles, … END_OF_DOCUMENT_TOKEN_TO_BE_REPLACED 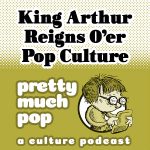 With the recent theatrical release of The Green Knight, Mark and Brian along with Den of Geek's David Crow and the very British Al Baker consider the range of cinematic Arthuriana, including Excalibur (1981), Camelot (1967), King Arthur (2004), King Arthur: Legend of the Sword (2017), First Knight (1995), Sword of the Valiant (1983), Sir Gawain and the Green Knight (1973), and … END_OF_DOCUMENT_TOKEN_TO_BE_REPLACED